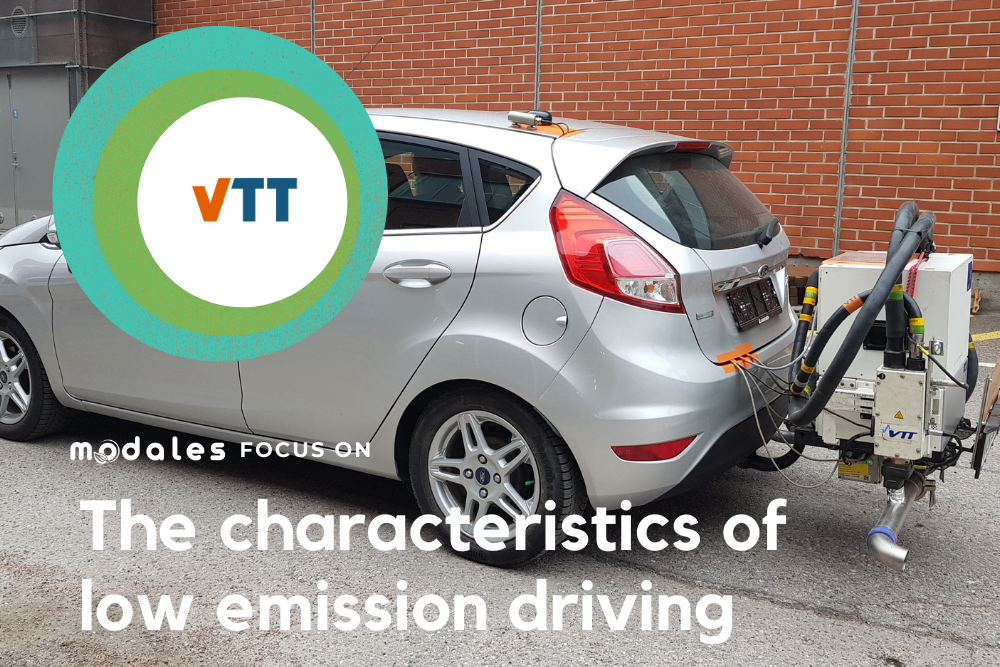 Read the interview in Finnish.

MODALES is back with VTT (Technical Research Centre of Finland). Meet the project’s technical coordinator, Dr. Juhani Laurikko,  who leads the experimental activities that establish the relationships between driving behaviour and exhaust emissions, fine particulates originating from brake and tyre wear,  and determine the consequence of neglecting the vehicle maintenance to emissions.

VTT, you are currently conducting experiments to produce data to build a relationship between driving style and tailpipe exhaust emissions. What do these experiments consist in?

“The basic principle in these experiments is that a group of test drivers drive each test car over a pre-determined test route combining urban streets, rural roads and motorway sections. Each round takes about 30 minutes, is approximately 30 km long and is driven twice in each occasion. There are 15 test drivers, all VTT employees, with different age and driving experience, as well as of both genders.

The test fleet consist of six different cars, both petrol and diesel. For measurements, the car carries an apparatus called PEMS (Portable Emissions Measurement Device) that is able to quantify and record in real time tailpipe emissions of nitrogen oxides (NOx) and the number of (fine) particulates (PN) that are nowadays considered as the key air quality related exhaust pollutants. Fuel consumption and consequent CO2 emissions are also measured, as well many other parameters that are used to characterise the driving style and link high or low emissions with a particular driving behaviour. This type of data is also used to shape the characteristics of the “low emissions driving”, which is the core objective of MODALES.”

What have been the results so far?

“In the preliminary analysis we have compared the results of the drivers to the aggregate average of the whole driver pool, but also consider the consistency of their driving by comparing the results of the two back-to-back test runs. A good indicator for consistency is the average engine speed and amount of work done over the trip. The most consistent drivers drove the two runs almost identically, but the highest level of inconsistency was about 5%, while the average remained below 2 %. The inconsistency seemed to differ also somewhat between the tested cars. Then again, when we compared the spread of results between the drivers, we see much larger figures, because the difference between the extremes were in the order of 25 to 30%. As expected, the car that had an automatic gearbox showed the lowest spread.

However, if we turn the focus on the most important results, we see that on average, the NOx and PN results between the two runs differed about 10 to 15 % amongst the drivers, while the most consistent drivers could still maintain about 1% or less difference. Conversely, the largest observed run-to-run differences were around 70% (NOx) to over 95% (PN). Furthermore, regarding driver-to-driver spread, for NOx the range between highest and lowest figures was 80% to 185%, and for PN, from 54% to a whopping 760%. So, we can definitely say that driving style has a strong bearing on tailpipe emissions. On the other hand, we must consider also that the absolute level of PN emissions was the lowest on the car, which showed the highest sensitivity, and the highest in the one without particulate filter, which presented the least variation between the drivers.”

Based on current results, what would be your advice to drivers on how to reduce emissions?

“So far, we have measured four out of six planned cars, because winter weather does not permit testing on road, and we lost time last spring due to the lock-down period resulted from COVID-19, putting all testing on hold. However, we can already say that the best result is actually a combination of minimising the necessary power to keep the car in motion, while simultaneously operating the engine the best possible way possible by choosing the right gear and employing the throttle smoothly. Eventually, the best way of driving is to keep the car in motion as smoothly as possible, and avoiding braking, because then kinetic energy is lost. For example, in urban traffic it is not advised to rush on as fast as possible, but to try to adapt to the rhythm of traffic lights. Actually, the use of brakes correlates more with emissions than operations with the throttle pedal, and for both, less is always the best.

The use of brakes correlates naturally with the particle emissions due brake wear. Such brake emissions have not been considered in previous projects and existing applications aimed at eco-driving, as those focus on fuel use and CO2 emissions. Taking into account emissions from brakes and tyres, as well as tailpipe emissions, is a key novelty of MODALES. It is also an aspect that will grow in importance with greater adoption of clean fuels and electric vehicles: although these developments reduce or eliminate tailpipe emissions, there will still be brake and tyre emissions, so the low-emission driving advice and other outputs from MODALES becomes even more relevant.”